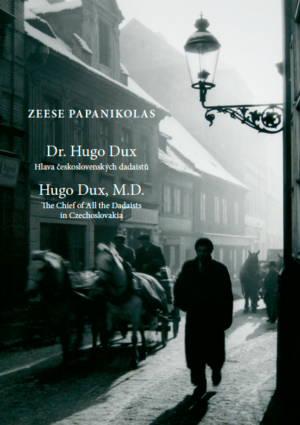 I knew Ruth was talking on the phone with her mother because of the special animation in her voice. “Ask your mom if she knew Hugo Dux in Teplitz,” I interrupted. I imagine Lilly answering with that inimitable Böhmisch accent and what Ruth described as her laughing, breathless intonation: “Did I know him? He was our doctor!”

I can see him standing before me now. Red haired. And his slender wife. Oh, he was so funny…

Why is it that such moments, the mention in a book of a town or a name, a photograph stuck between the leaves of an old album, are so compelling? Is it that the past that is handed down from the stories of others is not really a past, but part of the whole construct of who that person is, some private mythology that lives in their memories and our own? Then suddenly that myth is confirmed with something that can give an unexpected jolt of surprise, almost pain. The past kindles up in the present. It is almost pal- pable. So an old photograph can be both a fragment of the past and present at once. Then there comes a desire to know more, though what it is we want to know, and even why, is unclear. That was the desire I found myself surrendering to when I found that Hugo Dux, the chief Dadaist of Czechoslovakia, was the family doctor of a middle-class Jewish family in an obscure Bohemian village.

The desire was almost like the impulse to invert a fairy tale like a glove. A wish to expose its magic woods and secret paths to the light of day. As in any fairy tale, you searched for assistance, for talking birds or wise old crones or hermits met on the road, or in this case an intelligent graduate student who could help find the way.