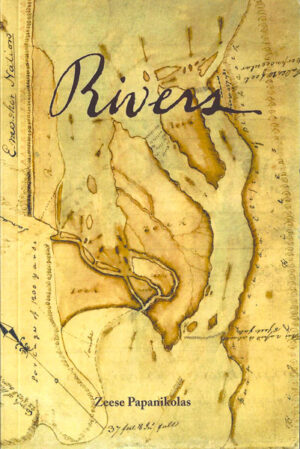 At night sometimes Captain Lewis would sit straight up and moan and chuckle to himself and mumble about something and would fall back into his hammock, asleep maybe. And sometimes York would hear him cry out like a man wounded and shot. And then he wouldn’t speak anymore.

But sometimes Captain Lewis talked to him. He didn’t talk to Captain Clark. At night, when all was quiet, Captain Lewis called to him. “York,” he said. “Where are we trending? I’ve lost my instruments. I can get no bearing.” York tried to answer him, but there was something there like a wall or a hedge that couldn’t be crossed, even if he said an answer. He told him they were going to the President and that he must prepare himself. He told him what he knew, that there was something Captain Lewis had yet to do, to carry his private and confidential report for the President’s ear alone.

“What does Clark ask you York? I hear him up there, scratching at our old books, the journals. Then I hear him sometimes ask you something. What is it, York?

“You kin ask him that yourself,” said York.

“Oh, I could ask, but he wouldn’t hear me. He wouldn’t hear me as I hear you or you hear me. He’s still too much in that other place, York. The busy place outside. He still smells of it. You and I are different, York. We’ve been beyond the Shining Mountains.”

“And didn’t General Clark go with us? Who was that beside us, then?”

“I don’t know, York, some effigy or ghost – who knows? But he never went where we went. But he talks to you. What does he say?”

Then he told Captain Lewis how General Clark asked him about Charbonneau’s woman that he called Janey and her boy Pomp, his little dancing boy.

“Yes,” Lewis said, “he became peculiarly attached to Janey and the boy. They made a strange sort of family. Clark began to worship that squaw like an idol. He thought of setting up a home for her and her worthless scrap of a half-breed husband. When she found her brother up there before the mountains, she wept and Clark too, I think shed a tear, and perhaps I did myself, as if it were a sentimental novel. It was good she was there, for it helped us to trade for the horses, but it was no novel. If she had enough to eat and a few trinkets, I believe she would be perfectly content anywhere. The boy had promise, I give you that.”

“I had took care of her when she was sick, but I didn’t pay much mind to her after that.” York paused a moment, while the water slapped against the sides of the boat. “She was just another squar as far as I was concerned. There warn’t nothin’ so special about her”

Governor Lewis looked about him and chuckled. “Some men have one family, Clark needs must have two. In the end I had only my pistols and my dram.” Then he lay back in the hammock. “The bottle, York. It’s a fine thing. The Indians called our whiskey milk. Did you know that, York? They would beg and whine the way they did for a spoonful of our milk. A curious name for it, and possibly a good one. But at the bottom of it, it’s only another dream, and that bad.” Lewis looked at him for a moment, then went on. “I say I dream, York, but I do not dream. One wakes up from dreams. I think that is the nature of my disquiet. That one-eyed Shawnee fiddler Cruzatte! Recall how he shot me in the arse on our way back from the Pacific thinking me an elk? A span or two higher and he would have saved me the trouble of shooting myself. It would be good to sleep, York, but my dreams do not permit me. I’m foundered in them like an ox. Do you have some nigger magic to get me out? Some Bone or Root?”

York covered him to keep out the cold and turned away. He had no root or bone. If he’d had one, he would have used it for himself.