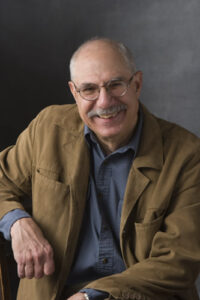 Zeese Papanikolas was born in Salt Lake City, Utah in 1942, the son of Nick Papanikolas and writer and historian Helen Zeese Papanikolas. He received his B.A. degree from San Francisco State University and his Masters Degree from Stanford University, where he was a Stegner Fellow in Creative Writing. He has taught at Stanford, Sonoma State College and was a long-time member of the Humanities Department of the San Francisco Art Institute. Along with his published work he has given papers at meetings of the Western History Association, the Western Literature Association, the Modern Greek Studies Association, the American Studies Association, The American Literature Association, at the University of Athens and, with his wife, Ruth Fallenbaum, at the Division of Psychoanalysis of the American Psychological Association, He has been a Fulbright Senior Specialist at Aristotle University in Thessaloniki and, while at the Art Institute served as faculty union president. He is the father of four children and lives with his wife in Oakland, California.